Weeping Fig (Ficus Benjamina) is a very popular houseplant beloved for its beautiful arching branches and elegant leaves. It is a fast growing plant. Your Weeping Fig can grow to 8 feet tall. It is also available as a Bonsai plant. Compared to its cousin Ficus lyrata (Fiddle-Leaf fig), your Weeping Fig is a low maintenance plant. Here are tips on how to care for your Weeping Fig.

8 Tips on How to Take Care of Your Weeping Fig

1. Your Weeping Fig is Happiest in Bright Indirect Light

Weeping Fig will thrive in filtered light from a South, West and East window. Filter the sunlight using sheer blinds or sheer curtains. Know that once your Weeping Fig has settled into a spot, it does not like to be moved. When you move your Weeping Fig, it will drop some of its leaves. But don’t worry, the leaves will quickly grow back!

Also take into account the environment, if it’s in the middle of summer you can probably water your Weeping Fig more frequently. If it’s during winter you can err on the side of less frequent watering.

3. Plant Your Weeping Fig in a Well-Draining Potting Mix

Weeping Fig needs a well-draining, organic potting mix. Only buy organic soil mix because the fertilizer is not as concentrated in organic soil. Non-organic soil should really only be used for outdoor plants.

Weeping Fig should be fertilized once a month when it is actively growing. When it’s dormant, during the winter, don’t fertilize.

Repot your Weeping Fig every 2-3 years. Buy a larger pot, around 4 inches larger (diameter) than the current pot. Make sure you buy a pot that has drainage holes at the bottom so water doesn’t accumulate and cause root rot.

Don’t be surprised if you start seeing some of the leaves of your Weeping Fig dropping after repotting. That’s normal, Weeping Fig plants don’t like to be repot. Don’t worry, the leaves will quickly grow back!

6. Drainage is Essential for the Health of Your Weeping Fig Plant

After watering your Weeping Fig and you see water draining out of the pot’s drainage holes, make sure you empty out the accumulated water in the saucer. Don’t let your Weeping Fig’s pot sit in the puddle of water. It will cause root rot!

7. Get the Temperature Right for Your Weeping Fig

Your Weeping Fig is happy in low temperatures. It needs to have daytime and nighttime temperatures of 65 to 75 Farenheit (18-24C).

8. Humidity is Vital for Your Weeping Fig

Your Weeping Fig is a tropical plant that thrives in humid conditions. Indoor air can be drying. Make sure you do your best to increase indoor humidity. You can do this by spraying your Weeping Fig with water twice a week. Turn on the humidifier. Keep Weeping Fig in a saucer filled with water. But make sure the pot is elevated with pot feet or pebbles so your Weeping Fig is not sitting directly on the water.

1. Weeping Fig Leaves are Falling Off

2. Black and Brown Spots on the Leaves of Your Weeping Fig

Problem: There are roundish black and brown spots on the leaves of your Weeping Fig.

Cause: This could be a sign of leaf spot fungus infection. Leaf spot fungus is contagious because the fungus spores can travel in the air to infect other plants in the room.

Solution: When you see these black and brown spots on the leaves of your Weeping Fig, immediately cut off the infected leaves and throw it away. You can also spray your Weeping Fig with a homemade baking soda spray to prevent new infections. To make the baking soda spray, simply mix 1 teaspoon baking soda to 1 quart water and put it in a spray bottle. Don’t overspray since it can get in the soil. The key is to remove the infected leaves and that should hopefully stop the spread.

3. Many Small Brown Bumps on Leaves of Your Weeping Fig

Problem: There are  little brown bumps all over the leaves and stems of your Weeping Fig, that can be a sign of scale. Try picking the bumps off, if it’s easily removed then that’s a telltale sign of scale. The little bumps can also be gray, yellow or black.

Cause: Scale is common on houseplants and is caused by scale insects.

What are Other Names of Weeping Fig?

Can You Use Cold Water When Watering Your Weeping Fig?

What Fertilizer Should You Use for Your Weeping Fig?

Use organic fertilizers with a higher ratio of nitrogen content.

What Fertilizer Should You Use for Your Weeping Fig?

Use organic fertilizers with a higher ratio of nitrogen content.

How Big Does Your Weeping Fig Get?

Weeping Figs are large plants that can grow to 8 feet tall.

How Do You Propagate Your Weeping Fig?

Take a Stem Cutting of Weeping Fig Plant (include a node)

Pick a stem with a node. Cut below the node. 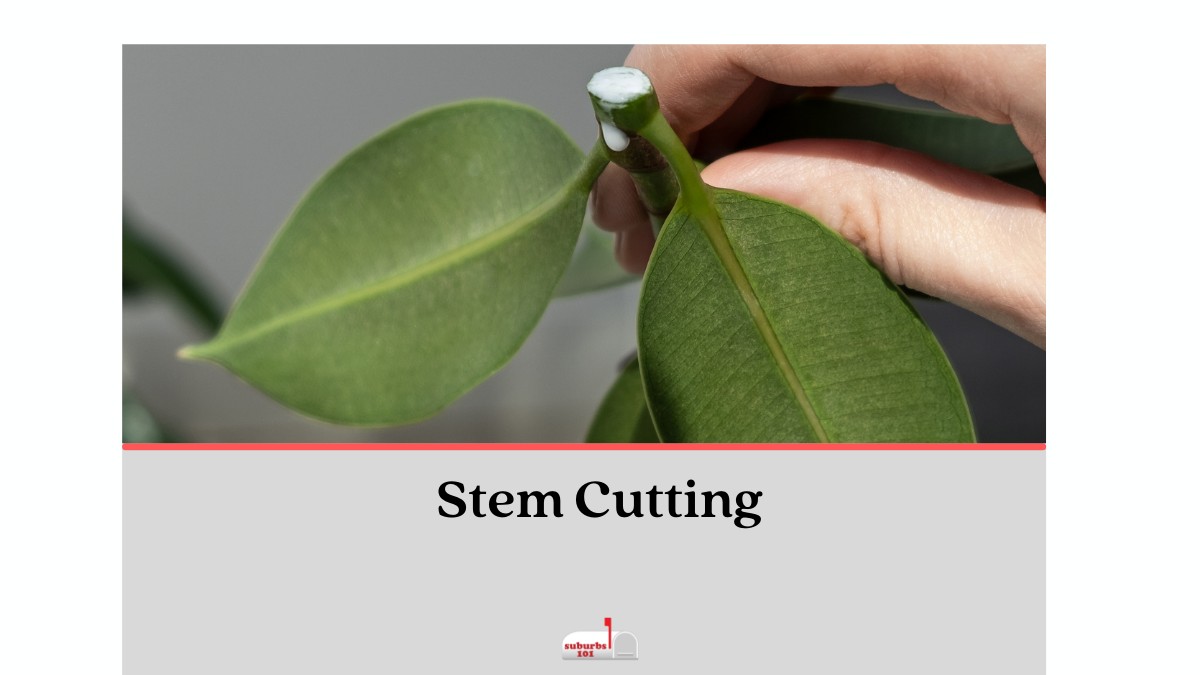 Place the Weeping Fig stem into a jar of water and wait for it to grow roots. To help it focus its energy on growing roots, make sure your stem has a maximum of 2 leaves. Cut off extra leaves as needed.
Another way to stimulate root growth is to dip your stem cutting in root hormone and plant it in moist sand. I personally prefer the jar method so you can easily see the roots come out. Know that not all stem cuttings of Weeping Fig will grow roots, so to be safe, cut a few stem cuttings so you will at least get one with roots. 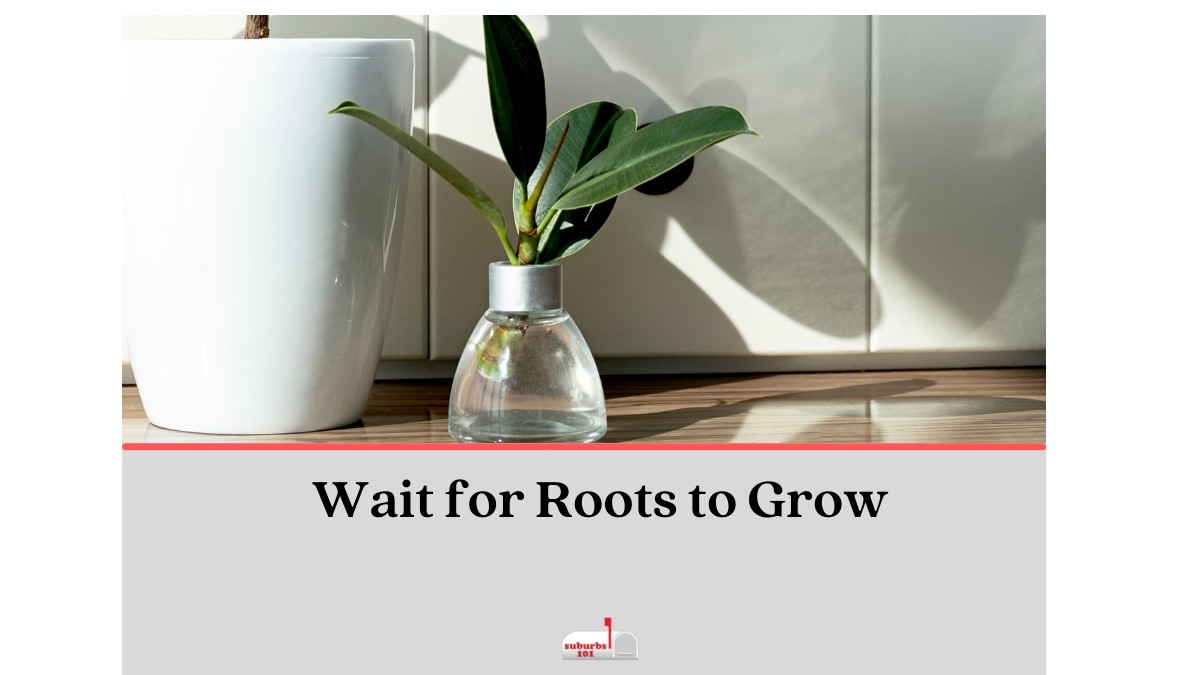 Once the roots grow, plant these stem cuttings into a new pot. Water the new plant immediately after planting. Then water every 2-3 days until the roots are established. 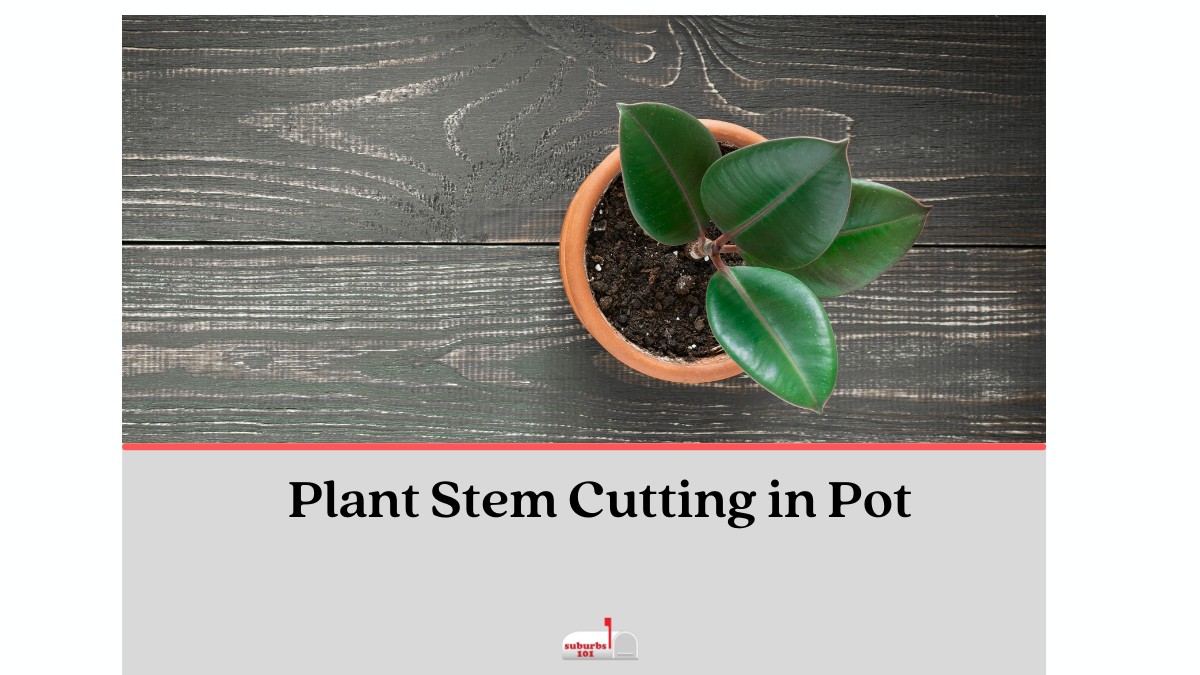 Popular Houseplants that are Toxic to Pets and Humans (Pictures)